Band Biography Zug in the beautiful and laid back Switzerland, where not too much is going on except the breathtaking view on the lake and one of the lowest tax rates in the world, there Stefano (Saint) Paolucci (guitar & vocals) started the Indierockband Redeem in 2003, with Pascal Münger (bass) joining. They started to write a couple of songs, in which Stefano’s unique voice developed to a real feast for the ears. In January 2004 the band decided to record their first 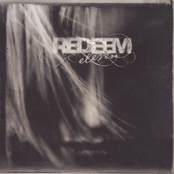 A Diadem of Beauty