Aaron Brooks is no longer a Trendy punk. Simeon Soul Charger, his mature new rock band, will release its self-titled debut EP on Saturday at Musica in Akron. If you’re looking for the infectious, wiseassed pop-punk Brooks played as frontman of Trendy, you’ll either be disappointed or impressed. “To make a long story short, I grew up, my taste changed, my goals changed, and now I’m here,” says Brooks. “I’m over the lowbrow now.” Trendy’s 2006 Stupid Generation might be Cleveland’s best pop-punk album. 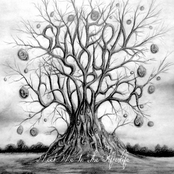 Meet Me In The Afterlife